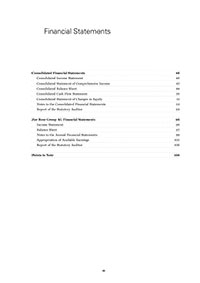 For the first time ever, in 2017 healthcare costs in Switzerland rose to CHF 10,000 per capita. This means that Switzerland still has one of the most expensive healthcare systems in the world. How to achieve a significant cost reduction in the healthcare sector was therefore also a recurrent issue both politically and in the media in 2018. With regard to the reduction in drug costs, Zur Rose remains committed to ensuring that currently low-cost drug dispensation channels mail order and medical self-dispensation are not further discriminated against compared to other channels.

Trends in the drugs market
The total volume in the drugs market in 2018 amounted to CHF 6 billion, based on ex-factory prices. This represents an increase of 2.5 percent over the previous year, although the Federal Office of Public Health (FOPH) once again cut prices in 2018 and reduced the prices of 288 original drugs by an average of 19 percent. Together with the adjustments already made in 2017, savings of over CHF 300 million were achieved according to the FOPH. The price reductions are thus significantly higher than originally announced. A price review of the last third of drugs on the list of specialities is planned for 2019. Pharmacies were the most important sales channel in the drugs market in 2018 as well, with a market share of 49.7 percent. Sales through the brick-and-mortar pharmacies increased slightly by 1.3 percent compared to the previous year, while mail-order sales remained almost constant.

Cost containment programme based on expert report
With reference to the expert report 2017 and the measures proposed therein, the Federal Council approved a cost containment programme in March. The Department of Home Affairs was commissioned to examine the measures in two stages. It submitted an initial package of measures for consultation in September 2018 with deadline by the end of the year. Zur Rose welcomes the fact that it contains an experimentation element that will make it possible to implement cost-containing pilot projects for example in cooperation with health insurers faster and with less bureaucracy. Of relevance to Zur Rose is also the proposed reference price system: It sets a maximum reference price to be paid by the compulsory health insurance for patent-expired drugs with the same active agents, with the aim of lowering the price level of drugs and increasing generic substitution. From Zur Rose’s perspective, however, the proposed system involves overregulation. Whether the desired goal can be achieved with it is questionable for various reasons. Zur Rose expressed opposition to the introduction of a reference price system during the consultation procedure and instead declared itself in favour of an opening of the regulatory environment to increased competition.

Sales margin reduction
The FOPH is also hoping that drug prices will be curbed by reducing sales margins on drugs in accordance with article 38 of the Health Care Benefits Ordinance. The aim of the adjustment, according to the FOPH, is to reduce negative incentives in the dispensation and sale of drugs and to promote the dispensation of generic drugs. In September, the Office opened the consultation procedure for two alternative proposals. The entry into force of the new rules is scheduled for 1 July 2019 for newly approved drugs and 1 December 2019 for all other prescription drugs. Moreover, Zur Rose expressed opposition in the consultation process on the sales margin reduction, as such a reduction once again and additionally places the currently low-cost dispensation channels of drugs at a disadvantage compared to other market participants.

Revised Therapeutic Products Act
The revised Therapeutic Products Act (TPA) and the Drugs Ordinance became effective on 1 January 2019. In order to simplify self-medication, the dispensation categories of drugs specified by Swissmedic were redefined as part of the TPA revision: Category C (non-prescription, dispensation after consultation with a healthcare professional) was abolished and the drugs included here were assigned to the categories B (dispensation on medical prescription) and D (non-prescription, dispensation following specialist consultation). Of the approximately 650 drugs previously included in category C, 15 percent were assigned to category B and 85 percent to category D by decision of the authorities issued in November 2018. In a further step, around 100 category D drugs were re-classified to category E (products free for sale) in December 2018. The requirement of an electronic prescription for the mail order of non-prescription drugs (OTC products) is even more paradoxical with the new allocation and mail order as a dispensation channel is once more discriminated. For this reason, Zur Rose stepped up its information and awareness-raising activities in this regard in the year under review.