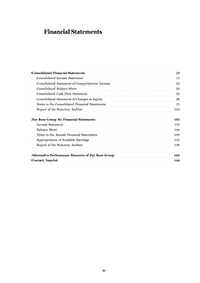 On 21 October 2021 the Zur Rose Group announced that Walter Oberhänsli will be put forward as Chairman at the General Meeting of Shareholders on 28 April 2022. Chairman Prof. Stefan Feuerstein will take on the role of Vice Chairman. Dr. Thomas Schneider, Vice Chairman, and Prof. Dr. Volker Amelung will not be standing for re-election. Walter Oberhänsli will be succeeded as CEO by Walter Hess, Head Germany at the Zur Rose Group. On 10 January 2022, the Zur Rose Group announced the nomination of Rongrong Hu as independent director. The 42-year-old Chinese national has been living in Switzerland since 2016 acting as an investor with a focus on the technology sector. From 2013 to 2018 she worked for eBay, most recently as Sr. Director of Innovation, M&A & Business Development EMEA. She graduated with a joint bachelor's degree in telecommunications engineering and international business and trade from Shanghai Jiao Tong University and holds an MBA from Harvard Business School. In the event that Rongrong Hu is elected, the Board of Directors will shrink from its current seven members to six and one-third of these will be female. This means the Board’s target of achieving at least 30 per cent female members by 2023, announced in the 2020 Annual Report, will be reached a year ahead of schedule.

(1955, German national, Prof.)
Chairman of the Board of Partners of the UNIMO-Gerstner Group, Zug / Xanten. Director of various companies. Served as Executive Director and CEO of Markant AG until 2010 and previously as a member of the Management Board of METRO AG, responsible for Strategic Group Purchasing and Food & Retail. He studied business administration and has been an honorary professor at Worms University of Applied Sciences since 2001.

(1958, Swiss national)
Chairman of the Board from 1996 to 2011, serving as Executive Director and Chief Executive Officer (CEO) since 2005. He practised as an independent lawyer in Kreuzlingen (Canton of Thurgau) until the end of 2004 and studied law at the University of Zurich.

(1955, Swiss national, Dr. med.)
Specialist in general medicine (FMH), working as a family and general practitioner in a group practice in Tägerwilen (Canton of Thurgau) since 1989. Served as a member of the Medical Ethics Board of the Thurgau Medical Society in 2009, having previously occupied various roles in professional policy at national and cantonal level. He studied medicine at the University of Basel.

(1970, Swiss national, Prof. Dr.)
Prorector of the Teacher Training University of Central Switzerland since 2007 and director of the Institute for Communication and Leadership IKF in Lucerne since 2003. Director and advisor of various Swiss and German companies in the healthcare, financial, insurance and energy sectors. Author and international keynote speaker on digital transformation issues, particularly in healthcare. She studied theology, philosophy and history at the universities of Lucerne, Strasbourg and Athens and holds an international MBA degree (CH/USA).

(1962, German national, Dr. rer. nat.)
Management Board member and CFO of the REWE Group, Cologne, since 2012. Member of various supervisory boards and boards of directors. Occupied various executive positions in the Metro Group from 1997 to 2012, including CFO of Metro Cash & Carry International and ultimately COO of Metro Cash & Carry Central East Europe, after holding executive finance roles at Bertelsmann AG, Munich, from 1994 to 1997 and working for McKinsey & Company, Düsseldorf, from 1990 to 1994. He studied physics and business administration in Dortmund and Hagen.

(1973, German national)
Partner and private investor at Maxburg Capital Partners, Munich, since 2013. Served as co-founder and CFO of zooplus AG, Munich, from 1999 to 2013 and in the Securities Division of JPMorgan in London and New York from 1998 to 1999. He earned a master’s degree (MA Oxon) in philosophy, politics and economics from Oxford University.

(1966, German national), Chief Operations Officer
Chief Operations Officer of the Zur Rose Group since May 2020. Previously, he worked at Amazon, first as Director Operations, then as Country Director Logistics for Germany and Austria, from 2016 to 2020. He held various senior positions at Robert Bosch GmbH in Turkey, France and Germany from 1998 to 2016. Prior to joining Bosch, he served for Bundy Systemwerk Neunkirchen GmbH from 1995 to 1998. He studied mechanical engineering at RWTH Aachen University.

(1965, Swiss national), Head Germany
Head Germany of the Zur Rose Group since 2020 and Head Switzerland from 2015 to December 2020. Before that he spent two years as Managing Director of Zur Rose Pharma GmbH, Halle (Saale). Between 2008 and 2013 he was an external consultant, for Zur Rose amongst others. CEO of Praevmedic AG, Zurich, until 2013. Previously held a number of management positions in international industrial companies. After a business education, he studied business administration at FHS St. Gallen University of Applied Sciences.

(1977, dual Swiss-Italian national), Head Switzerland
Head Switzerland of the Zur Rose Group since December 2020. Serving as Head of the medical wholesaler business and member of the Executive Committee of Zur Rose Suisse AG from 2011 until 2020. Before that, he was with BlueCare AG in Winterthur in corporate development for managed care system solutions from 2008 to 2010. Previously he worked at Health Info Net (HIN) AG in Wallisellen, ultimately as Head of E-Health Platform. He studied business administration at the University of St. Gallen.

(1971, Spanish national), Head Europe
Head Europe of the Zur Rose Group since May 2020 and CEO of PromoFarma, Barcelona, since 2012. Co-founder of several start-ups in the e-commerce and digital sector in Spain: 2012 PromoFarma; 2009 Qporama, active until 2011; 2003 Futurlink, CEO until 2009. Previously management consultant for internet projects at European level. Telecommunications engineering studies at UPC Barcelona, Master of Business Administration at ESADE Barcelona and Executive Program at Stanford.

(1971, US national), Chief Technology Officer
Chief Technology Officer of the Zur Rose Group since August 2021. Before that, he was with Nissan Motor Corporation in Japan as Global Head of Customer Experience and Connected Car from 2016 to 2021. He served as Chief Technology Officer and Global Digital Head at American International Group (AIG) insurance company in New York, USA, from 2014 to 2016. Previously he worked twelve years at Kaiser Permanente in various management positions, most recently as V.P. Digital Health Applications and Platforms. He holds a master's degree in Computer Engineering from Iowa State University and completed an Executive Business Management program at the Wharton School of Management at the University of Pennsylvania.

(1976, dual Swiss-Turkish national), Chief Strategy and Digital Officer
Chief Strategy and Digital Officer of the Zur Rose Group since November 2019. Before that, she was Global Head of Digital Medicines at Novartis Pharmaceuticals from 2018 to 2019. She served as Director of Global Operations and then as Global Head of Digital at Ferring Pharmaceuticals from 2012 to 2017. Consultant at McKinsey & Company in London and Geneva from 2004 to 2011. Previously she worked at Procter & Gamble in Istanbul and Frankfurt. She studied Industrial Engineering at Bogaziçi University in Istanbul and has an MBA from INSEAD.

(1975, Swiss national), Chief Financial Officer
CFO of the Zur Rose Group since November 2014. Before that, he held a variety of management positions in Zur Rose from 2001 to 2014, ultimately as Head of Group Finance and Controlling and a member of the Executive Committee for Switzerland. Prior to joining the Zur Rose Group, he worked as a consultant with Spider Innoventure AG in Tägerwilen. He studied business administration at the University of St. Gallen.